Understanding the difference between Futurists and Future Enthusiasts

Futurists are respected scholars who study and predict trends in the future of technology and society. A Futurist may work with many tools, such as a newspaper, a computer, or a magazine to determine what exciting developments the future may hold.

Futurists must be careful not to indulge in the fascinations of their lay counterparts. Statements such as, “I can't wait until the future” are borderline, but remarks like “the future is going to explode your mind” (except when used as a literal prediction) are explicitly forbidden by professional ethics rules. 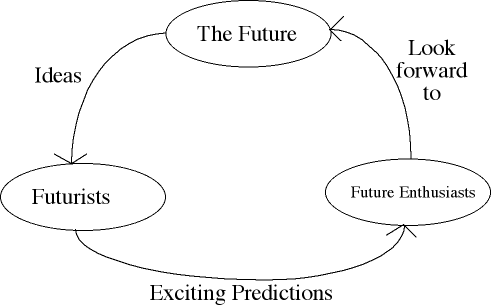