Recently, it has come to the attention of The Wooden Robot staff that some of the most insightful, easily digestible portions of the New York Times website have recently become subscription-only content through a new program called TimesSelect. In response, and in the interest of keeping our readers full of handy cocktail banter, we have prepared a selection of what one might read if one were to visit another website like New York Times. 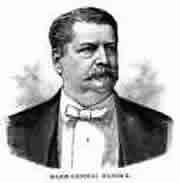 Missing the Bus to Bangladesh

Recently I was in a small, provincial market in Turkey signing copies of my latest book. All of a sudden, like a sack of bricks had just dropped from the top of the Statue of Liberty, something unique and insightful caught my attention. Despite the overwhelming chaos surrounding me in this Muslim country, I couldn't help but notice how many Volkswagen stationwagons there were with “IBM” bumperstickers on the back.

Who would have ever thought that I would be here, in Asia Minor, signing copies of my book (which is printed in Minnesota), looking at German cars with symbols of American technological prowess stuck to the back? Just ten years ago they would have locked me in jail and thrown away the key for reporting such nonsense. Let me tell you why by using some history you might already be familiar with.

In 1942, responding to the terrorist attacks on Pearl Harbor, and without need for U.N. Security Council Resolutions or endorsement from the French Republic, the United States at last threw off the mantle of isolationism that had shrouded her history for the previous 450 years, and got involved in World War Two. For the first time, Europe wasn't bringing goods to America. It was America that was bringing good to Europe.

Ever since then, America has been the good guys. We give drinking water to children in Africa, we rigorously investigate our own political corruption, and we attack some of the world’s most atrocious dictators.

But not only have we been the good guys, but we have been the goods guys. Household brands like Toshiba and UPS captured the fascination of dreamers everywhere, and people around the world began dreaming of coming to America to partake in the splendor and goodwill of our god-fearing, free-market land of innovation.

You see, our economy was the envy of the world. Our scientists were the smartest, our cars were the fastest, and our values were the straightforwardest. If a person wanted to earn an honest wage, they went to school, did their homework, and got an A. If a person wanted to go to jail, they didn't go to school, didn't do their homework, and then commited a crime. The system was efficient, because everyone got what they thought they deserved.

But some countries didn't believe in the American miracle, and they put up trade barriers to try to keep their bad values in and our good ones out. Hateful people decided to interfere with our morals by burning our exports. As a result, from the streets of Damascus to the stones of Latvia, things that looked American, like American flags, became an object of scorn and derision. They rejected the promise of prosperity and aid we so gently extended for a lie of Communism and aid from other countries.

Back to the Turkish market, I asked my assistant why there were so many “IBM” stickers on the back of the local Volkswagens. Why would these Communists-turned-Muslims deliberately identify themselves with a symbol of American corporate computing power?

She told me that “IBM”, in Turkish, stood for “Islamic Boys Movement.”

Two different hemispheres, two different IBM’s. One wants to consult for the e-businesses of the next generation, one wants to do something with muslim boys that I didn’t understand. The changing world, or two different visions of the future?

Thank god our IBM makes computers that are changing the world everyday in surprising ways.